How I Learned Happiness

The story of how I discovered the way to live a truly happy and joy-filled life began on December 30, 2013. I was driving towards a bridge in my hometown of Saskatoon, Saskatchewan when I lost control of my vehicle. My car began to fishtail out of control and I crashed into the left side of a barricade, which sent my car to the opposite side. It took just a few seconds to go from one side of the road to the other, but these were the longest and hardest seconds of my life. The snow piled up against the barricade created a ramp and I knew my car was about to go off the bridge and crash into the river below. I thought my life was about to end and there was nothing I could do about it.

My car dropped 40 feet down, into the river below. I blacked out during the plunge but I came to and remember feeling relieved and happy to be alive. I noticed that my windshield had a small hole in it, so I knew I could escape the vehicle before it sank. I tried to punch the hole bigger but I was not strong enough, so I kicked the hole until it was large enough to crawl through. I pulled myself out of my car and sat on the hood of my floating vehicle until it sank into the river. I then lowered myself into the freezing water and swam to the edge of the ice.

I crawled along the ice to the edge of the riverbank as the emergency personnel arrived. The first aid on the side of the river was the beginning of my physical healing journey with Western medicine, but more extensive treatments soon followed. Surgery, chiropractic, massage, and physical therapy became a large part of my life. These were all aimed at fixing my broken bone and combating the effects of the whiplash I experienced from the impact. Unfortunately, my injuries encompassed so much more than my physical self.

After a few months, it was clear to me that my healing was not going according to plan. I was still in constant pain and my team of health care providers had no answers for what was going on. Structurally and mechanically everything seemed just fine, but they were unable to diagnose where the sudden sharp pains shooting down my arm were coming from. They didn’t know why I was unable to complete my back-to-work program. I was failing physically and my body wasn’t giving answers as to why this was. The chronic pain and not knowing where it was coming from had me spiral down into a depression. How could I be only 24, yet be so incredibly broken? I wished so badly that my life could simply go back to normal; that I had never been involved in that accident.

These commitments were the spark that sent me on a complete and total healing journey of my mind, body, and soul. Over the months that followed I changed many things and made discoveries about myself and about life in general. I began by changing my diet and becoming as healthy as possible. I quit my casual smoking habit. I started practicing yoga every morning and evening to ease the stiffness in my body. I began Tapping (EFT) for pain relief and started using essential oils.

I also learned what it truly means to live in the moment; to not worry and stress about what may or may not come to be and to let go of that which I cannot change. I realized that everything happens for a reason and the car accident I was involved in went from being perceived as the worst thing to happen to the best thing that has happened. It truly is amazing how when we change the things we look at, the things we look at change.

I discovered what it is that genuinely makes me happy and I was able to connect to my life’s purpose and start following my path, rather than the path that I thought I should be on. I started listening to my intuition rather than trying to use my mind to build a life that society deems as successful. I realized that I matter, that my happiness matters, and I can choose to be my own best friend or my own worst enemy.

All of these inner changes and realizations ended up having a large impact on my external life. The chronic pain faded into the background of my life and my body now feels amazing. I ended a seven-year relationship and became single rather than engaged. I decided to go on a three-month solo Europe trip instead of buying a house. I made the decision to leave behind my career as a Registered Nurse and pursue a career as a Holistic Health Practitioner. The list of changes can go on and on because the physical manifestations of my inner work are truly endless. It is amazing how inner work will always result in amazing external changes.

I am now 25 and I see life out of a totally different lens than the 23 year-old who crashed her car off a bridge. I am so incredibly grateful for all I have learned. My transformation has given me life connected to a joy that comes from within. I choose to follow my bliss. Connecting to my inner self has led me to move from Saskatoon, Saskatchewan to Toronto for the year in order to take schooling in holistic health. I now ride the tide of life rather than trying to control it and I wouldn’t have it any other way because life is chaos filled with both highs and lows. Life becomes truly magical when we learn to enjoy and appreciate the lows just as much as the highs. For when we do this, the greatest lows can be transformed into the most magnificent highs.

Breanna Pegg is Registered Nurse and is studying the holistic health practitioner program at Transformational Arts College. She loves horse back riding, yoga, reading and snow boarding. She plans to move back to Saskatoon, start her own business while working as a nurse part time. She wants to help bridge Eastern and Western medicine and be an advocate for using both modalities harmoniously together. 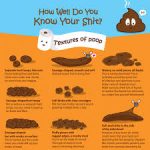 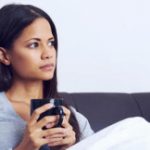 Recurrent Miscarriages – 7 Life Lessons I Took Away From My ExperienceBlog, Uncategorized