Recurrent Miscarriages – 7 Life Lessons I Took Away From My Experience

I can still recall how nervous I was as I sat in a cramped psychic’s room in Salem, Massachusetts, during the steamy summer of 2008. I don’t typically believe in such things, but thought I’d give it a shot as I had some questions I wanted answered. And we were in Salem, after all – the town of witches, magic potions, and all things supernatural.

“Will I have trouble conceiving a child?” I asked him, my voice barely above a whisper. The psychic smiled and looked down at his Tarot cards. “I see four babies,” he said happily. “And your first will be a boy.” I leaned back and breathed a sigh of relief. Four babies was a lot (more than I wanted, truthfully), but at least I was in the clear for when we wanted to start a family.

Too bad I didn’t think to ask him whether the babies in his visions were dead or alive. In the next year and a half, my husband and I suffered through three miscarriages, one after another. The fourth pregnancy was finally a miraculous live birth, and I delivered my beautiful baby boy, just as predicted.

Historically, the topic of pregnancy and infant loss is something we don’t talk about in society. We wait until that 12-week “safe” mark has passed to share the news with family and friends, so if a loss does occur, the suffering is done in painful silence.

I hope to break the taboo and speak openly about my experiences. Here are some life lessons I wish I could have known before suffering such tremendous losses. Would it have made a difference? Would the hurt have been less? Perhaps not. But at least I would have been armed with better information.

Whether you suffer a pregnancy loss at 6 weeks along or 20 weeks, the feeling of loss is great. All the hopes and dreams you’ve imagined for your expectant baby are suddenly dashed. Your grief will be real, so allow yourself to wallow in it for a bit until you feel stronger emotionally. Grief is a normal process and includes a shifting of emotions, including shock/denial, guilt, anger, depression, and, finally, acceptance.

I felt quite devastated after my first loss. I was close to 12 weeks, and even had an ultrasound picture that was proudly posted on the fridge. As far as my husband and I knew, our little “tadpole” was healthy and growing nicely.

When I began spotting and we had a second ultrasound just days later, the technician rather coldly told me she couldn’t find a heartbeat and just left the room. I felt as numb as the cold steel table I was lying on. I wish she had let my husband in the room so we could experience it together. I shakily got up from the table and left, knowing I had to break the news to my family. I cried, but cried mainly in private and did not allow myself to openly grieve.
2. Take Unsolicited Advice with a Grain of Salt

This is a tough one. Advice from loved ones is always well-intentioned, but may not be what your grieving mind needs to hear at that moment. Phrases such as “God intended it to be this way” or “don’t worry, you’ll have another baby” are good in theory, but offer no real comfort.

All I took from that at the time was that God intended to take my babies from me, over and over again. And that somehow, babies are considered as replaceable as toys. Not only did it rock my faith for several years, but it made me feel worse.

The most tactless comment I received was in the ER, after having my third miscarriage. The male nurse taking my blood looked at my chart and realized I was no newcomer to the land of pregnancy loss. He put his paper down and said to me, “Perhaps it’s time you looked at adopting.” Those words stung. Logically, he was absolutely correct, but the timing was horrible.I recall looking at him square in the face and saying, “I’m not ready to give up yet.”

The best thing is not to offer advice at all. Just let the grieving person know you are there to listen, first and foremost. Not everyone wants you to fix the problem by using age-old sayings that hurt more than they help. More often than not, she is looking for someone to hear her, and when she is ready, she will talk about her feelings. Or, even spending time with the person doing enjoyable activities may be exactly what she needs to get her mind off things.

3. Recognize When You Need to Seek Additional Help

People grieve differently, and it’s perfectly natural to need help beyond what your partner/spouse can give you. The bond between a pregnant woman and her unborn baby is great. When that bond is broken, the feelings of despair and helplessness may become overwhelming and start to interfere with work, home life, and friendships.

Understanding and mutual experience can be astonishingly relieving.

This extra support can come in the way of a face-to face or online support group, where you can meet other mothers who have experienced the same type of loss. Or, one-on-one counseling with a professional may be a better option to help you work through overwhelming feelings of grief.

Remember that asking for help is not a sign of weakness. Rather, it takes great courage to recognize you need some extra help. A great part of me wishes I had sought counseling at the time, but I didn’t. I felt needing counseling meant I couldn’t cope and I did not want people to think less of me. It’s a dangerous way of thinking that prevents many people from getting help.

4. Wait to Conceive Again Until You Are Ready (Really Ready)

The urge to jump back in the game and start a family may be strong after suffering a loss, but give your body and mind a chance to heal. The further along you were when you lost your baby, the longer you’ll need to give yourself before trying again. Growing a baby is hard on the body and is truly a hormonal roller coaster. And if you had to go through labour, or a D&C (dilation and curettage) procedure, your body needs the rest.

It took a while to admit this to myself, but conceiving can become a bit of an obsession. I felt the need, after the first loss, to “prove” to myself that I could be like any other woman and do what God intended for me to do. After all, my paternal grandmother had 10 kids. How hard could it possibly be?

As a result, I jumped back into things long before I was ready. People kept telling me that “almost everyone” suffers one loss and it likely wouldn’t happen again. I believed this to be true and was pregnant again just two months after my first loss. Getting back into things too soon made me emotionally unprepared to deal with the second loss at six weeks along.

5. Understand the Fertility Tests You May Have to Undergo

In order for pregnancy loss to be considered a medical “problem,” a woman has to have three losses or more. Once you hit that magic number, your doctor may order some tests.

One is a more intensive ultrasound called a sonohysterogram that examines the uterus and ensures it is a healthy environment for a baby to grow.A saline solution is inserted into the uterus so problems such as polyps, fibroids, and other uterine abnormalities can be better detected. It can also determine if your uterine lining is thick enough for a fertilized egg to successfully implant.

Genetic testing on DNA can also be done to determine if there is a genetic cause for your infertility. This kind of testing is advisable if you have a family history of a particular disorder, such as cystic fibrosis or sickle cell anemia.

Another non-invasive test is called Day 21 testing that checks the levels of progesterone a woman produces on day 21 of her cycle. A low Day 21 progesterone level suggests the cycle was anovulatory (no egg was produced). If no egg is produced, pregnancy cannot be achieved.

6. Learn How to Feel “Normal” Again

For as much as I love to be my own unique person, sometimes you just want to feel “normal.” It is important for women to have that sense of normalcy when they are going through physical and emotional trauma, such as pregnancy loss. That may be achieved by doing things they love, being with people they love, or even spending time with children. It can be the next best thing to having your own child.

In my case, spending time with children hurt rather than helped, as it was a constant reminder of what I didn’t have.

I wanted to be like those normal mothers I saw at the park, joyfully pushing their babies in their strollers. I stared longingly at families at the Toronto Zoo, and wondered if I’d ever have a child to show the tigers and lions to.They seemed so happy and I wanted their lives so badly. Everywhere I went I saw families with children, and I couldn’t get away from it.

I didn’t want to be just another statistic — another woman grouped in the recurrent pregnancy loss category who had “unexplained infertility.” I wanted someone to explain to me what was wrong and to fix it. The doctor warned me that I may have to go through many more losses to get to my desired goal, and I was prepared for the long haul.

7. Don’t Let Anxiety Take Over Your Next Pregnancy

When I became pregnant for the fourth time, I was filled with anxiety. Instead of feeling happy, I felt like I was having a breakdown. I was terrified to go to the bathroom in case I spotted. Spotting can be an early sign of a miscarriage and was the case for all three of my losses.

I would hold my urine for hours until I was in so much pain and then worry that the pain I experienced was a sign the baby was dying. I drove myself and my husband crazy, quite literally. It made it almost impossible to enjoy the wonderful things that were happening inside my body.

I recall doing multiple ultrasounds in my first trimester at the fertility clinic my husband and I had gone to. Before, during, and after each ultrasound I’d cry. I’d shake on the table and repeatedly ask the technician if she saw a heartbeat. Then I’d insist that he or she print a picture – even at five weeks along – as proof that the baby was in fact growing. I am quite sure I was not a favourite patient of theirs.

My fear of a fourth loss was great, and the longer I was pregnant, the harder I knew it would be to break my bond with my unborn child.

Pregnancy loss at any stage can be devastating, and the most important lesson I have taken from my experiences is to talk about your feelings. Talk about what happened and your unique experience, as I’ve just done. If more women felt comfortable doing so, they’d realize they were not alone in their grief. Not by a long shot.

Lisa Marie Brennan is the co-author of the published book “Chronic Heartburn” and writes mainly about nutrition and health-related topics. A self-proclaimed foodie, she enjoys spending her time experimenting in the kitchen whipping up unique recipes. 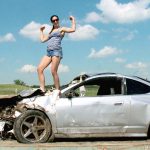 How I Learned HappinessBlog, Uncategorized 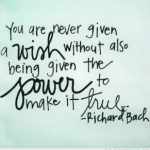