I’m sure it’s not a surprise for you to hear that sex is actually good for you. We know that it feels good and  burns calories but sexual activity is so much more than just moderate exercise and pleasure.

Sex has numerous benefits that can contribute to both your mental and physical health, as well as your longevity. With all its wonderful benefits, this topic shouldn’t be kept hidden under the sheets.

Reduces stress – Sex activates the release of endorphins, the body’s natural feel-good chemicals that help to lower stress. Studies have shown that those who partake in regular sex can handle stressful situations more effectively than those who don’t.

Boosts your mood – The release of serotonin and dopamine during sex makes you happier, relieving depression and anxiety. Several studies have also shown that semen itself could also be a natural antidepressant, mainly due to the fact that it is loaded (no pun intended) with nutrients like zinc, calcium, potassium, and protein, all of which are important for proper brain function.

Increases immunity – Did you know that people who have sex at least once a week have fewer sick days than those who don’t?  In one study, researchers found considerably higher levels of immunoglobulin A (IgA) in the blood of test subjects who were sexually active. This crucial antibody helps to fight off infection, giving more reason to take a little extra time underneath the covers in the colder months.

Healthy for your heart – Regular sexual activity also helps to balance hormone levels and lowers blood pressure, both of which are crucial for cardiovascular health. One study found that men who had sex at least twice a week were 45 percent less likely to develop heart disease than those who only did so once a month or less.

It’s good exercise – Sex burns about five calories per minute, which can contribute to a healthy, lean body with increased flexibility and balance.  Did you know that at the point of orgasm, your heart rate can reach upwards of 110 beats per minute, which is comparable to jogging? Time to get your sweat on!

Keeps you looking younger – Research has found that having sex several times a week can make people look four to seven years younger.  When you reach orgasm, the body secretes DHEA, a hormone known to improve the health of the immune system, while also repairing tissue cells, keeping your skin firm and supple.

Makes you live longer – A 1981 study showed that the mortality rate among those over seventy was lower among men who were still sexually active. Now, who doesn’t want to look younger and live longer?

Increases pain tolerance – Sexual activity, especially when climax is reached, releases oxytocin, the body’s natural painkiller, helping to relieve menstrual cramps, migraines and arthritis pain.  During sex, the body goes into a relaxed state and many people notice that their aches and pains disappear.

Boosts libido – The more often you have sex the more likely you are going to want to keep having it. There’s a physical connection and a mental one, especially for women. Frequent sex helps to increase vaginal lubrication, blood flow and elasticity, which in turn makes sexual activity more enjoyable.

Good for your sinuses – Sex is a natural antihistamine and can help relieve a stuffy nose, hay fever and even asthma. During sexual activity, prolactin is released, sending new neurons to the brain’s olfactory bulb. This not only heightens your sense of smell, but other senses as well.

Fights cavities – Saliva from kissing cleanses and decreases the level of acid in the mouth. This helps to fights plaque and cavities, keeping your pearly whites strong and healthy.

Strengthens pelvic muscles – Intercourse helps to strengthen your pelvic floor muscles, which contract during orgasm. This can help women to improve their bladder control and avoid incontinence. The more toned the muscles are, the greater the pleasure during sex is.

Decreases risk of breast cancer – One study of women who had never given birth found that an increased frequency of sexual intercourse correlated with a decrease in the incidence of breast cancer.

Increases intimacy – When sex is consistent and involves mutual pleasure, it can increase feelings of intimacy and affection with your partner. Oxytocin, also known as the love hormone, is released at orgasm, causing you to feel bonded to your partner. This can lead to a stronger relationship, both physically and spiritually. 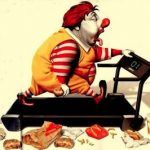