What You Should Know About GMOs

My interest in GMOs began a few years ago as I was researching online. I was curious as to why I had developed an allergy to soy, after results from a food allergy test showed a very high sensitivity to soy. What I discovered was that soy allergies have skyrocketed since the mid 1990’s, which is when genetically modified soy was introduced to the market. This led me to further research GMOs. I would like to share this information, since many people today are still not aware of what GMOs are.

What are GMOs?
GMOs (genetically modified organisms) are made in a laboratory by artificially inserting the genes from one species into the DNA of an unrelated plant or animal, to produce a specific trait. The foreign genes may come from bacteria, viruses, insects, animals or even humans. (1)

Monsanto is the leading biotechnology company which has been producing GM seeds since the 1990s that have two main traits. The first is herbicide tolerance, which lets the farmer spray Monsanto’s Roundup brand of weed-killer directly on the crop without killing it. Farmers as a result use considerably more herbicides on these GM crops. The second trait is a built-in pesticide, found in GM corn and cotton. A bacterial gene is inserted into the plant’s DNA, which allows the plant to produce its own insect-killing pesticide (Corn is a classified pesticide in the US).
Currently in the US, over 90% of soy, corn, canola, cotton and sugar beet crops are genetically modified. An estimated 70% of processed foods in our grocery stores contain GM ingredients, and most consumers are not even aware of this.

More than 50 countries have either banned GM food or have laws that require mandatory labeling. However in the US and Canada, labeling of GM foods is not required.

How GM Foods Came to Be
In 1992, the Food and Drug Administration claimed they had no information showing that GM foods were any different from conventionally grown foods. They were declared safe to eat, if Monsanto and the other biotech companies said they were. Therefore, the FDA doesn’t require any safety evaluations or labeling of GMOs. A new GM food could even be introduced without having to tell the FDA. Therefore it’s up to Monsanto, the same chemical company that gave us Agent Orange, DDTs and PCBs, to determine if the foods are safe.

Documents made public from a lawsuit years later revealed that the FDA’s own experts agreed that GM foods are different and may lead to side effects including allergies, new diseases, and nutritional problems. It also revealed the FDA’s position was influenced by political appointees who were under order from the White House to promote GMOs. The FDA official in charge of creating this policy was Michael Taylor, the former attorney for Monsanto, and later their
vice president. (2)

Genetic Roulette
In the United States, illnesses such as cancer, heart disease and diabetes have become epidemic. The number of Americans with at least three chronic illnesses has doubled since the mid 90’s, when the genetic engineering of our food supply began. GM foods have an altered DNA sequence which does not occur in nature. When these foods are eaten, our immune systems do not recognize this foreign matter and attacks it with an inflammatory reaction.
Chronic inflammation is a source of most illnesses. Since the time that GM corn and soy were introduced, numerous digestive disorders due to gut inflammation have been on the rise, such as inflammatory bowel disease, ulcerative colitis, chronic constipation and GI infections. (3)

David Suzuki once said “Any scientist that tells you that GMOs are safe is either ignorant or lying to you. Nobody knows what the long term effects will be”.

The long term effects have become clearer. A recent study out of France, the first ever to examine the long term (lifelong) effects of eating GMOs, found that rats fed with Monsanto’s GM corn suffered cancerous tumors, kidney and liver damage, and premature death. Previous animal feeding studies involving rats have never lasted longer than 90 days and have always been conducted by the biotechnology companies themselves.(5) France has launched an investigation that may result in the ban of GM corn imported from the USA (it’s currently illegal to grow GMO crops in France, but GMO imports are allowed). Health Canada has stated that it will take action if its review of this study reveals that GMO corn demonstrates a risk to Canadians. (6)

California Right To Know Act
On November 6th, Californians will vote on The Right to Know Genetically Modified Food Act, also known as Proposition 37. If passed, it would make California the first state to mandate the labeling of genetically modified foods, with other states likely to follow suit. Several companies, led by Monsanto and Dupont, have collectively spent a combined total over $34 million dollars thus far as part of the opposition campaign against the proposal.(7) If these companies are so confident of the safety of their products as they continuously claim, then why don’t they want us to know that we are eating GMOs? Labeling of GMOs may cause consumer rejection of these products, and force food companies to reformulate their products with non-biotech ingredients.

Summary
The motives behind GM foods are not to increase food production as a means to end world hunger, as the biotech companies want us to believe. Nor do GM foods provide any benefits to consumers such as increased taste or nutrition. It’s about money, power, and control. Monsanto’s business model since 1999 is to own the world’s food supply, by genetically modifying and patenting eventually all commercial seeds. If you own the patent, then you own the food. A key part of this plan has been Monsanto’s influence on government to promote this technology worldwide and to help get the foods into the market quickly, before public resistance could get in the way. This has been accomplished by the lack of labeling in order to keep consumers in the dark, with the hopes that by the time public awareness is raised, the market would be so flooded that nothing could be done about it. (8)

The time has now come. If Proposition 37 passes in California, then hopefully things will start to turn around. If not, then we could be faced one day with a world where organic food will no longer exist. This will be the legacy we leave to our children and future generations.

Avoiding GMOs and How to Help

• Eat whole foods and avoid processed foods as much as possible. Most processed foods are derived from GMO sources such as corn, soy, canola and cotton seed oil. Visit NonGMOShoppingGuide.com for a complete list.
• Buy organic products. Certified organic products cannot intentionally include GMO ingredients.
• Look for products that carry the Non-GMO Project seal.
• It’s important to know and understand what you’re eating. Read the labels. Don’t assume that all foods in health food stores are organic or non GMO. For example, I found recently that most of the prepared foods at a ‘natural foods’ store contain GMO canola oil. Be active and talk to the store manager about why these ingredients are being used, and ask that they carry more non GMO foods.
• Jeffrey Smith, the leading consumer advocate on GMOs, believes that if as little as 5% of Americans avoid buying GMO foods it can cause a tipping point of consumer rejection in the market. Vote with your wallet against GMO foods.
• Share this information with your friends
• Encourage friends in California to vote Yes on Proposition 37

Written by Bill Potalivo, to find out more about GMOs or if you have any questions, please contact Bill at bpotalivo@yahoo.com. 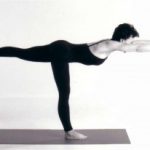 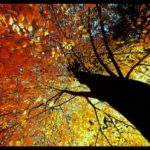